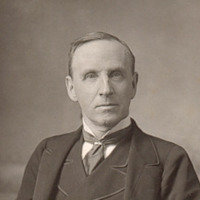 John Morley was an occasional guest at the Priory, George Eliot's home in London. Morley maintained a relationship of mutual respect with George Henry Lewes, though the men did not have any particular liking for each other. Before going into a long and distinguished career in politics, Morley was a journalist and the editor of the Fortnightly Review from 1867 to 1882 and of the Pall Mall Gazette from 1880 to 1883.