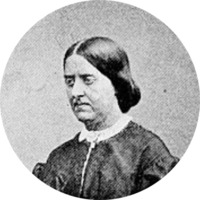 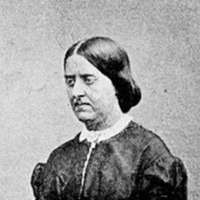 A journalist and author, Eliza Lynn Linton was a longtime rival of George Eliot's. She both praised and spitefully criticized Eliot in her memoirs, which are more balanced assessments than most biographers acknowledge. The two traveled in the same social circles; Linton knew John Chapman and Dr. Robert Brabant and had a close friendship with Sara Hennell and the Brays. Linton and Eliot met while Eliot was living at Chapman’s boarding house, a meeting that both women recorded, but with very different impressions of the evening. Eliot wrote later that Linton was obviously fawning over her, while Linton wrote that she was not impressed with Eliot. Eliza Lynn married the widowed W. J. Linton in 1858 and took care of his seven children, though the two separated in 1866. Linton was jealous that Eliot could focus on her writing while Lewes took care of all her other affairs, unlike Linton who wrote under the pressure of financial need and constant caretaking duties. Linton is most famous for her "Girl of the Period" series of anti-feminist articles written for the conservative Saturday Review.