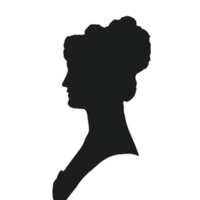 George Eliot's former teacher, Maria Lewis, was a crucial role model for Eliot growing up. When Eliot was sent to Lewis's school in Nuneaton, she was drawn to Lewis for approval, affection, and guidance. These feelings were intensified after Eliot's mother's death in 1836.

The two corresponded faithfully after Eliot left the school and Maria was usually spent her holidays with Eliot and her father in their Coventry home. Lewis's Evangelical Christian beliefs had for many years influenced Eliot's; by 1841, however, Eliot had begun to question and doubt. In January 1842, Eliot refused to attend church with Maria and her father, which started  what Eliot later called a "holy war." This act caused a rift with Maria, which was not resolved until 1874, when Eliot learned Lewis's address and began sending her a yearly gift of money. Lewis's pride in her student was evident in her letters, where she claimed to know Eliot more intimately than any other.